From surgery to complex conditions. Our resources and educational information help parents and families learn how to provide effective care at home. 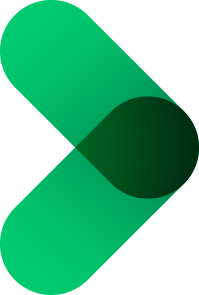 Six Signs and Symptoms of Diabetes

Knowing the signs and symptoms of diabetes can help you and your child know what to look for and when it’s time to call the doctor.

First, let’s talk about what causes diabetes, discuss a few medical terms and ultimately understand what is happening inside of your child’s body.

Type 1 Diabetes is caused by the lack of production of insulin by the pancreas. Insulin is a hormone and it's important because it converts the sugars and starches your child eats into energy. According to healthychildren.org, when your child's body isn't producing enough insulin, it's unable to process sugars, which build up in the bloodstream.

These sugars (also called glucose) cannot be used by the body so they are released in the urine. In the absence of insulin, the body breaks down fat to help give your cells energy. This process creates ketones that build up in the bloodstream which causes the most common symptoms associated with diabetes such as:

Type 1 diabetes can begin at any age, but there are peak periods from ages five to six and then again at ages 11 to 13. The first sign will most likely be an increase in bathroom visits to pee or a recurrence of bedwetting in children who are already potty-trained.

According to healthychildren.org, your child will also complain of being thirsty and tired and will lose weight, but be hungry all the time. This happens because sugar from food gets stuck in the bloodstream and cannot get to the cell without insulin making the body think it needs more food, which only makes the problem worse.

As parents and guardians, it’s important to identify these symptoms early since children that are diagnosed late may become ill and require emergency room visits or hospital stays for IV fluids and insulin.

Type 1 diabetes affects about 1 in 400 children, adolescents, and young adults under 20 years of age. There is no cure for this disease, but insulin treatment is very effective for the daily management of diabetes.